This week Isabel Cool received the nice news that she was elected Sportswoman of 2019. Everything was awarded late because 2020 was plagued by Corona.... Since no sports competitions were allowed to be organized in 2020 due to the Corona crisis, the trophy for Sportswoman of 2019 was only awarded now, a year and a half later... Late, but no less fun of course. Isabel was excited about this trophy and presentation. It's always nice to know that her achievements don't go unnoticed and that she was given a moment of honor and glory. She thanks her city of Dendermonde, the mayor and the people for this recognition!

Isabel started her first GP competitions in 2017 with the handsome Aranco and at her 3rd competition, which was immediately the BK Seniors GP, she won a bronze medal!!! Since then, things went arrow-fast and for 3 years they were part of the Belgian GP team, with which she started many international competitions and was among the best 3 in Belgium. A victory at the CDI Saumur, 4th place at the CDI4* Mechelen GP freestyle final, top 15 places at several world cups, top 10 in the grand final at CDI5* DOHA, and of course her participations at the World Equestrian Games in Tryon and the European Championships in Rotterdam.... 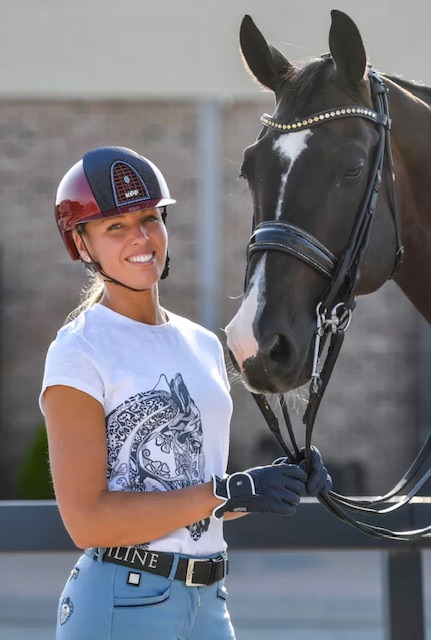