On the 16th of December Isabel started the national show at Cheratte with Freedom and Cheatodon. She competed Freedom in the Inter1 and he showed a strong trot tour and highlights in the canter work, espacially the canter pirouettes are improving a lot. A score of almost 69% and a victory were a fact! Cheatodon competed in the InterA and showed nice piaffe and passage, which were rewarded with 8's. Isabel was really happy with both of her horses, and saw this show as a good preparation for Freedom who will compete at the 5star international show at Mechelen, around Christmas.

On the 20th of December Isabel went training at Sjef with Cheatodon and Aranco, as preparation for the practicing show at Uden the day afterwards. With Aranco Isabel rode a really good GP test, with a lot of progression shown in the trot work. 7 and 7,5 for piaffe is a hugh improvement where Isabel and Sjef worked on hard the last months. The canter tour was fluent and with a lot of power, where high marks were given. A total score around 72%! Also Cheatodon started his first GP test ever... Isabel only skipped  the zigzag in the canter half passes because that's still too difficult for Cheatodon. All the rest of the lines and excersises were super good, especially the trot tour and the changes. A score around 71% was the result.

For Aranco this how was a preparation for the world cup at Mechelen international Christmas show. 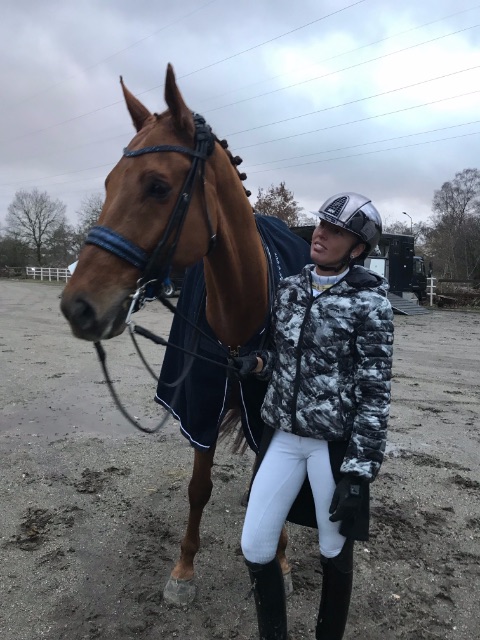